Be the first to review this product
Contact Us...
Wanted
SKU
H233
Add to Compare
Skip to the end of the images gallery 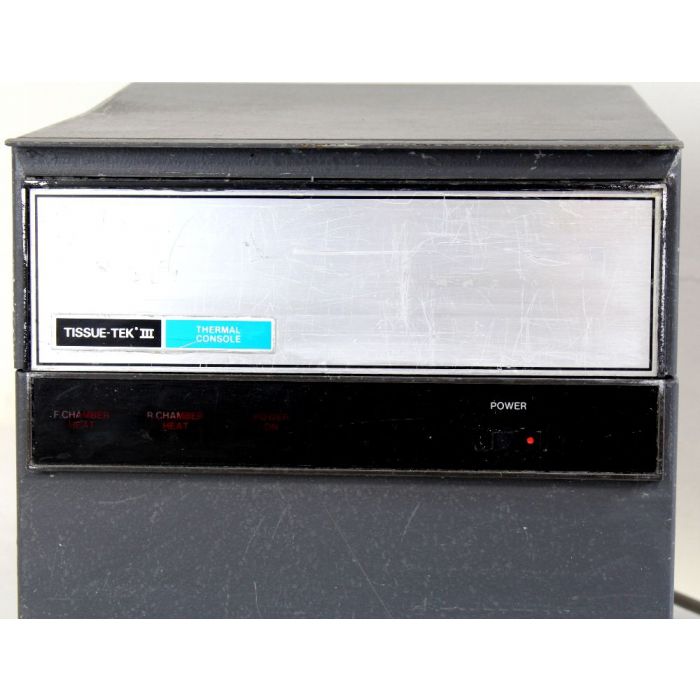 Skip to the beginning of the images gallery
Details

a thermal console, a central paraffin dispenser workstation with cold spot, and a cryo console.

The Tissue-Tek thermal console features two chambers that adjust from 50’C to 70’C.

The front chamber holds cassettes with processed tissue specimens prior to paraffin embedding, and a rear chamber has a store and warm base.

The console has separate displays that indicate when chambers are actually being heated.

The Tissue-Tek TEC III Embedding Center’s central paraffin dispenser is the central work station that is used to heat and dispense paraffin.

This station includes a heated 2 liter paraffin chamber, a heated orientation platform, a patented "Cold Spot" for chilling specimen into position on the first paraffin pour,

plus a dispenser island for dispensing paraffin by finger touch control or foot switch. With a durable, nylon working surface,

the large orientation platform is heated to assure that the paraffin does not solidify in the preliminary phase of embedding.